It has been the most performed figure theatre show for the last 30 years.
The first part, "traviata"from the Opera by Verdi is a divertissement, performed by hands only. This Traviata, with its simplicity, irony, poetry and originality, has been considered a milestone in the theatrical use of the hand after Sergej Obratzov. Traviata is not only a figure theatre show, it is the history of the figure theatre.
The most famous duets from Verdi’s Opera are performed. The sequences follow the Verdi Opera chronology that provides tension and logic to the performance. However the playful dimension constantly lowers the dramatic tone in order to move the focus on the fantasy. The hands can sometimes go back to being simply hands, as for the table tennis they can go back to being means of fun as well. However, the hands want to transform themselves into actual characters, they are the opera singers, who can take over both the psychology and the world of the characters themselves. Then Traviata, that becomes more and more a tragicomedy, ends up being an ironic (or comic) starting point for our emotional awareness.

The second part, "one more kiss, dear", is based on the variety theatre acts. Since the beginningm a tender atmosphere is evoked. The songs have just one theme: love. It is an odd sequence of human behaviours and situations: hands, objects, glasses, puppets are the main characters of short stories that can be either pathetic or poetic. They are shreds of imaginary messed up roles, persecutors and victims, forced to act in the game of theatre. 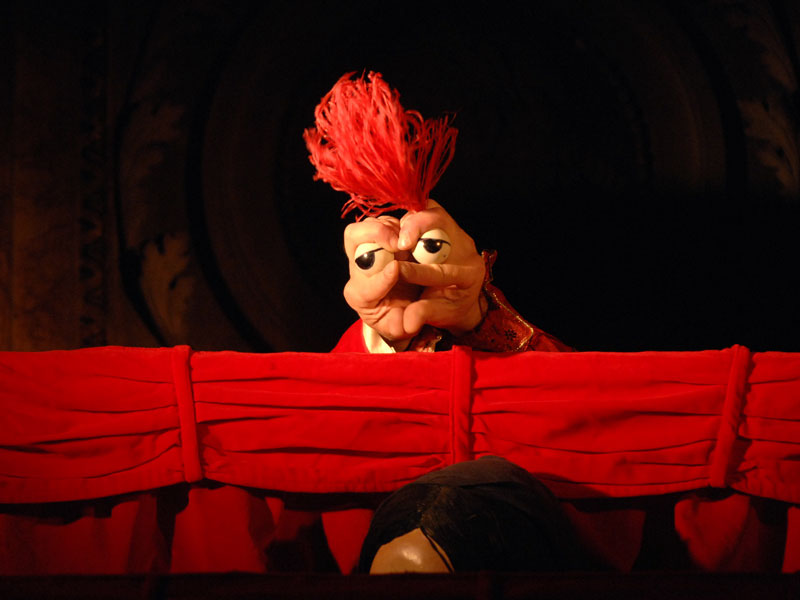 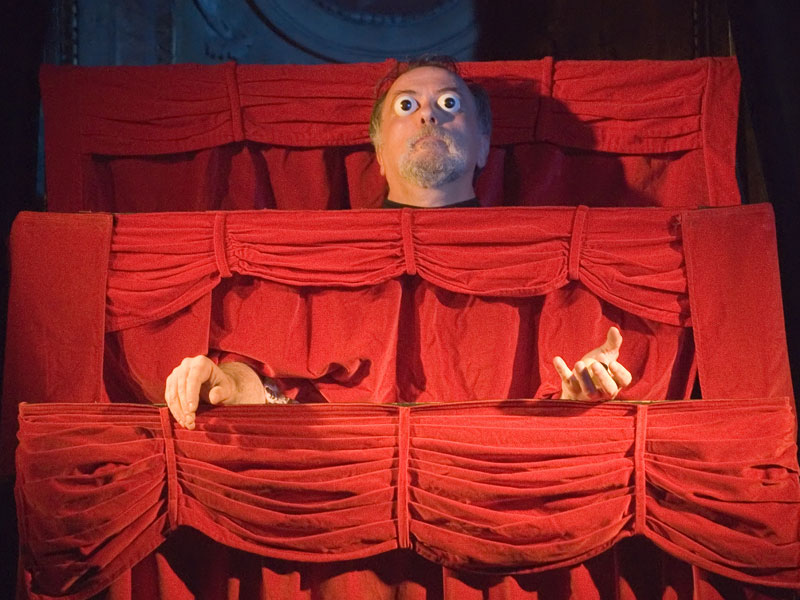 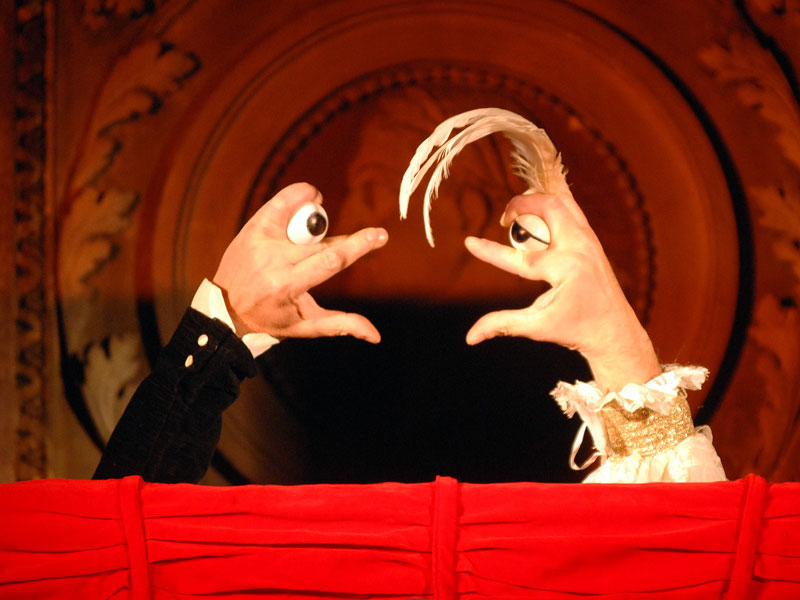 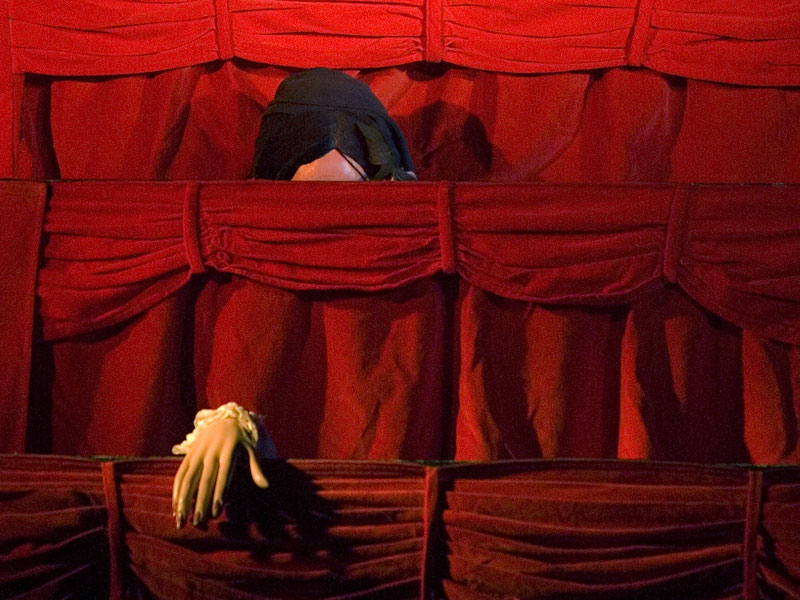 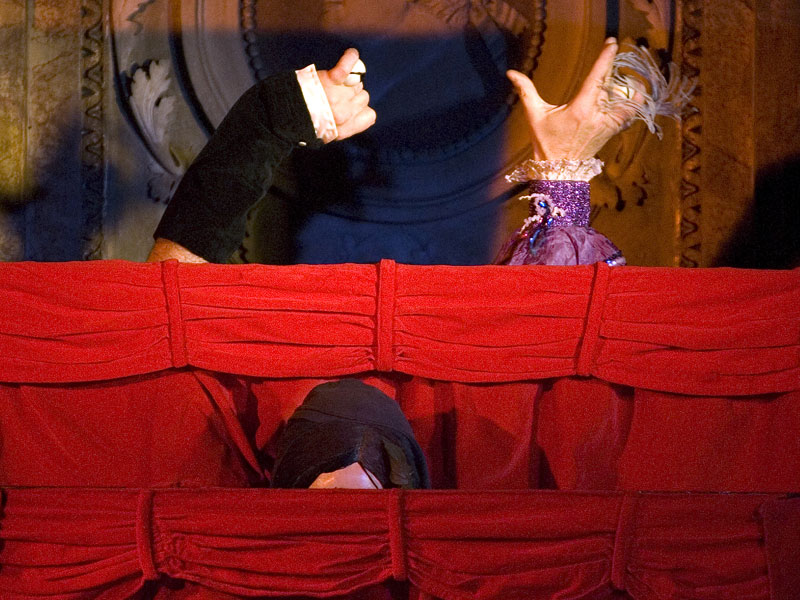 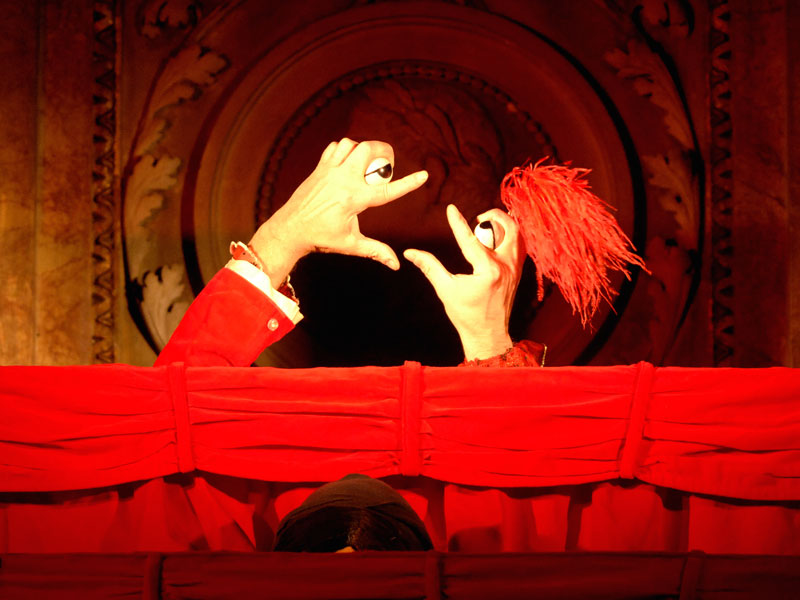 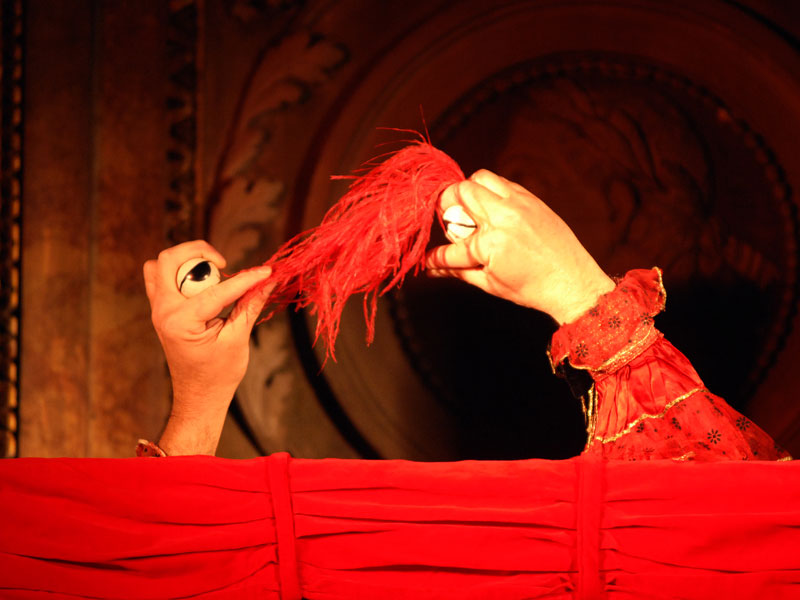 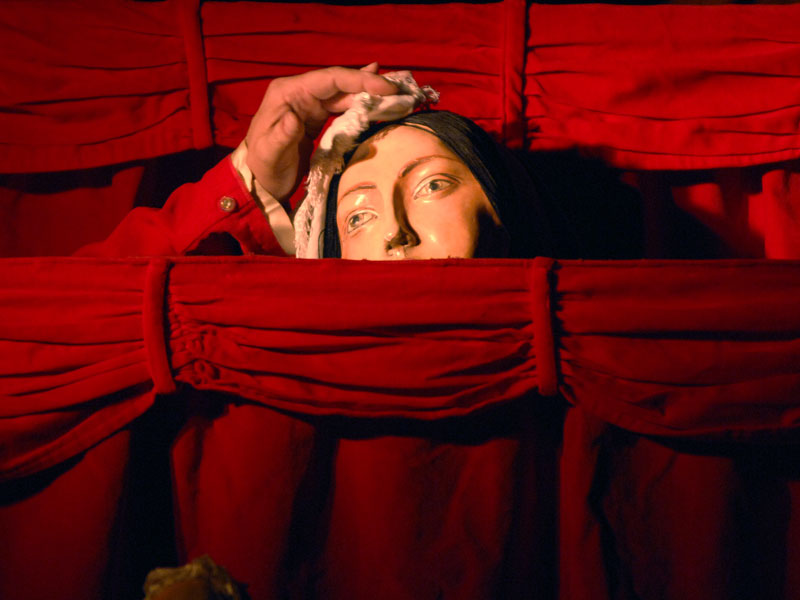 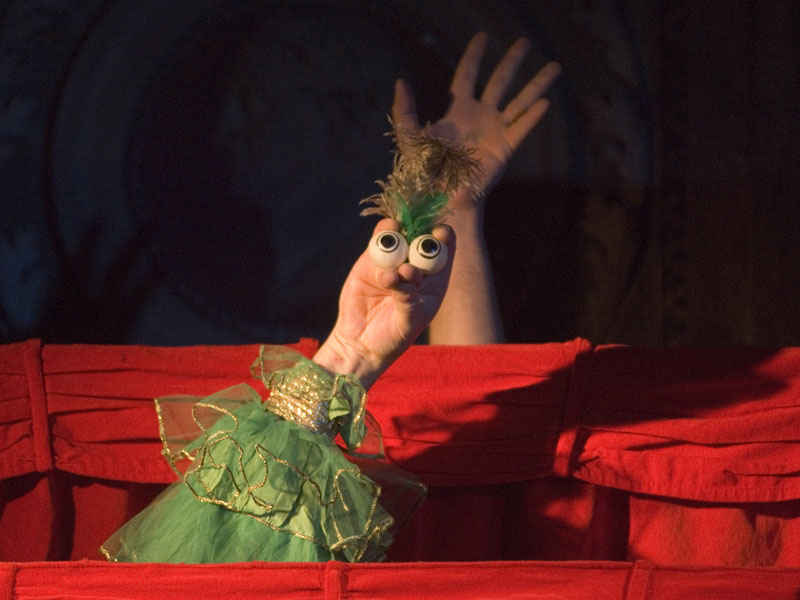 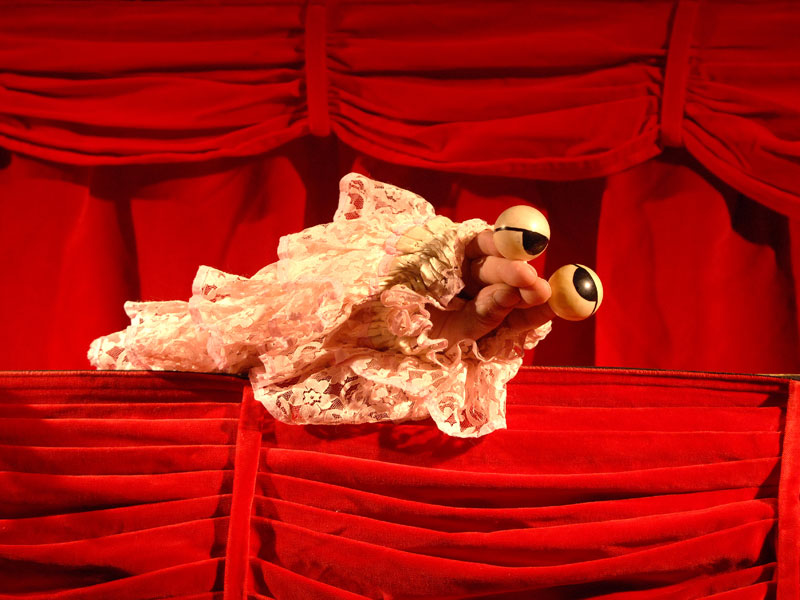